10am BR, 2pm IT - The Permanent Forum - Project, City and Processes presents lecture #3

"Urbanism of exception? The camp and inhabitation"

This lecture discusses how spaces of refugees (camps) represent the paradoxical encounters between a series of governmental forces, disciplinary knowledge, aesthetic regimes and spatial conditions that tend to arrest, fixing in time and space, forms of life.

Prof. Camillo Boano (POLITO and The Bartlett) will discuss how Spaces of refugee represent the paradoxical encounters between a series of governmental forces, disciplinary knowledge, aesthetic regimes and spatial conditions that tend to arrest, fix in time and space forms of life. Considering the fact that camps are meant to be the materialisation of a temporal status, spatial and political, this talk is addressing two different but interconnected points: in one respect, I hope to rescue Agamben’s work from its linear reading by commenting on the depoliticization of the camp and the critique of its exceptionalism; and, in another, I wish to provoke reflection around the universalising claim of hospitality and full assimilation, by introducing the disruptive terminology of inhabitation. The rubric of ‘inhabitation’ is the result of affirmative daily strategies of learning, navigating and governing the city. By expanding the notion of dwelling to include intersecting forms of caring, repairing and imagining the future, we will substantiate the concept we refer to as ‘inhabiting’ as a relational practice occurring in marginal and fragile environments, constituted by multiple incremental and transformative acts with the ultimate purpose to hold and resist marginalisation. 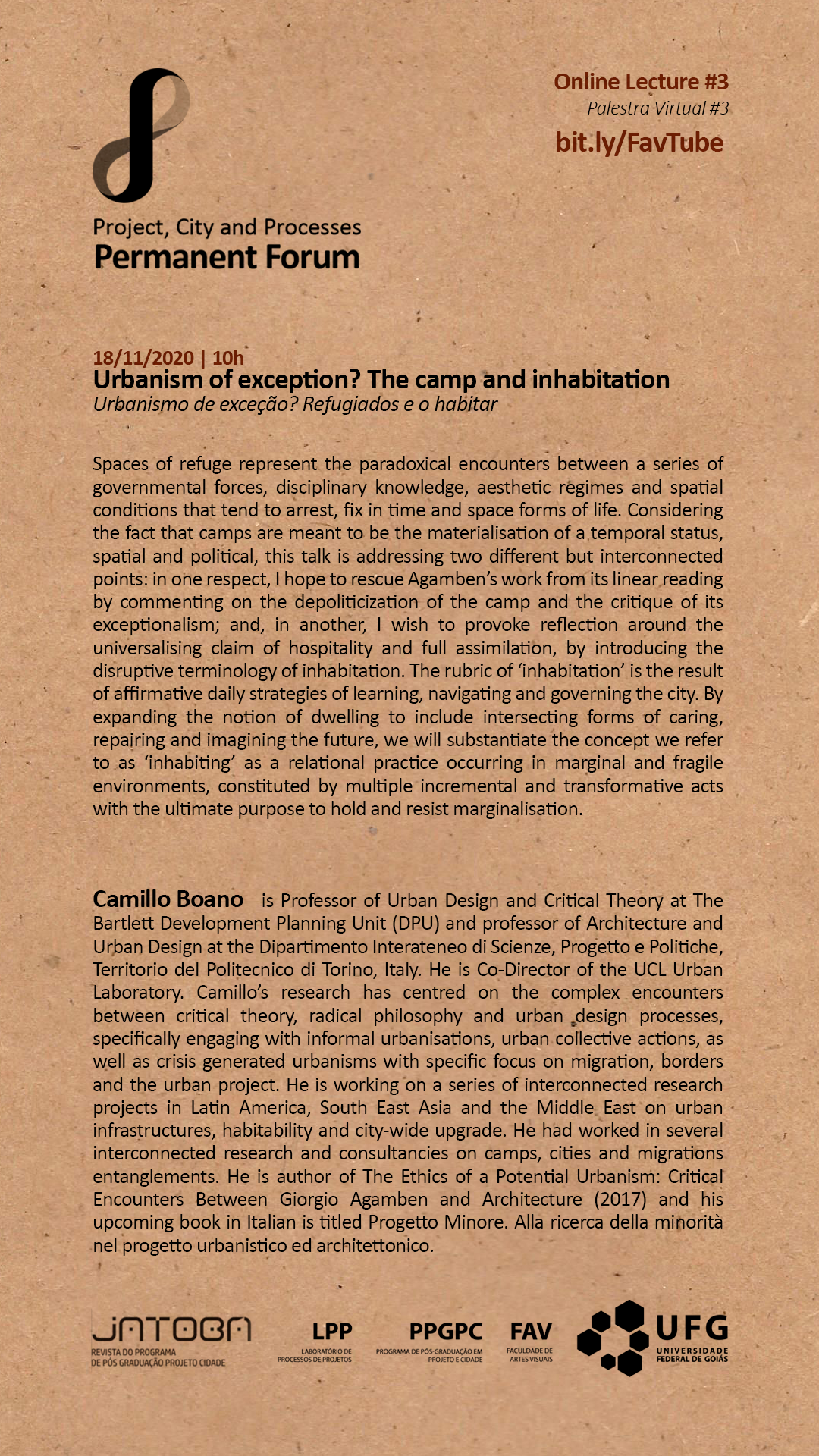